The work of Palestinian-Jordanian architect and artist Saba Innab questions the genesis and terrible consequences of the deterritorialization of Palestinians forced to live in refugee camps. The historical origin of refuges and exile, or the moment when the Palestinians were uprooted from their land, precisely coincided with the emergence of modernity in the Middle East, a specifically Western modernity that, with its concept of a Nation State, authoritatively imposed itself on this region of the world. Saba Innab’s projects play on a series of dialectical oppositions: built on land that is not his, moved to a land of exile, theoretically provisionary, to a perennial encampment where you are born and where you will die, literally no mans land. In a series of seven models Saba Innab deconstructs and exacerbates the effectiveness by which modern architecture uproots people definitively depriving them of their “poetic home.” Made of noble and resistant materials, the opposite of materials used in the refuge camps, showcasing a frightening display of modernism, opposing the wall that divides to the hole we are buried in, multiplying the gates, the monumental shadows and silhouettes definitively banning these landless populations.

Tomorrow, Poetry Will (Not) Be The House of Life*

The genesis of modernity in the Arab world, whether as logic or aesthetic was in complete isolation from the historic and socio- economic conditions that produced the avant-garde project. While the moment of modernity gave rise to the notion of “Nation” state, it was also the moment of refuge and exile in the region; it can be seen as an inscription of a colonial effect onto space.
The project revisits the relationship of construction and land to time departing from the Palestinian refuge and exile; a temporariness that gradually transformed- or deformed- into permanence. Understanding dwelling in temporariness is further complicated when juxtaposed with processes of modernization and modernity in the region, especially when it’s not isolated from the general discourse of modernity. The different patterns of dwelling in temporariness are recollected and recognized as archetypes and know- hows that span geographically and territorially. Those archetypes are then recreated and materialized, becoming a topographic realm forming an archeological site, or a record inscribed in the architecture of everyday life.

*In 1956, Alba, Italy, Constant delivered a lecture entitled “De-maid la poésie logera la Vie” (Tomorrow Poetry Will Be the House of Life) in a meeting of a group of avant-garde artists, marking the beginnings of his project New Babylon. 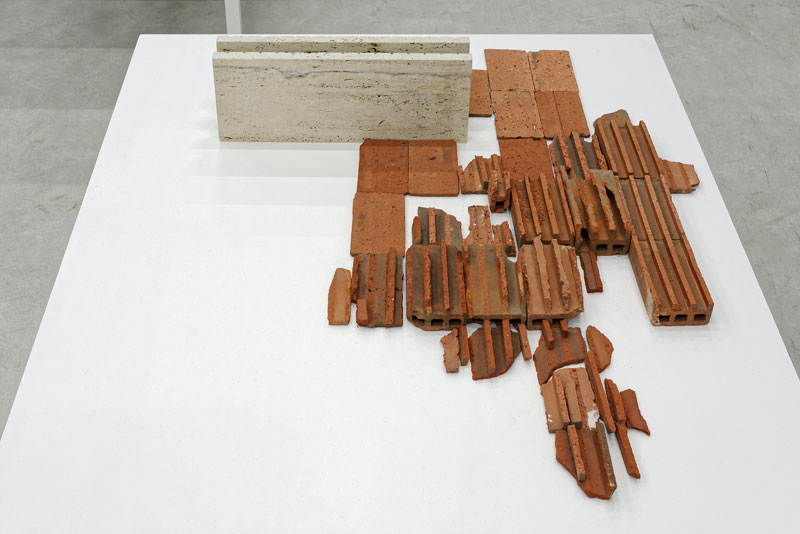