Founded in Milan (2013), PIOVENEFABI works as much on architecture as on design, urban planning or on publishing, reconsidering the boundaries between public and private space. Beginning with two reproductions of Andrea Branzi’s Case a pianta centrale (1986- 1987), PIOVENEFABI has invented a typology of domestic spaces organized according to a narrative that freely alludes to the rituals of everyday life. In this narrative, framed around the primordial role that Branzi attributes to objects of the home—for him, architecture has disappeared giving way to our daily lives being organized around the products we use—is added to each collage another architectural reference, famous or forgotten, for example the Domus Aurea in Rome, the Ptolemaion in Samothrace, or the Bazaar of Kashan. These multiple encounters result in sixty images that conserve Branzi’s plastic vocabulary, integrating them as they are, fragmented or altered by their reproduction, of old architectural plans, stripped from their context and moved into an indefinite space. The produced overlaps vary among dreams of space and possible domestic uses, without being strictly determined: only a few clues subtly leading us towards these imaginary habitats. 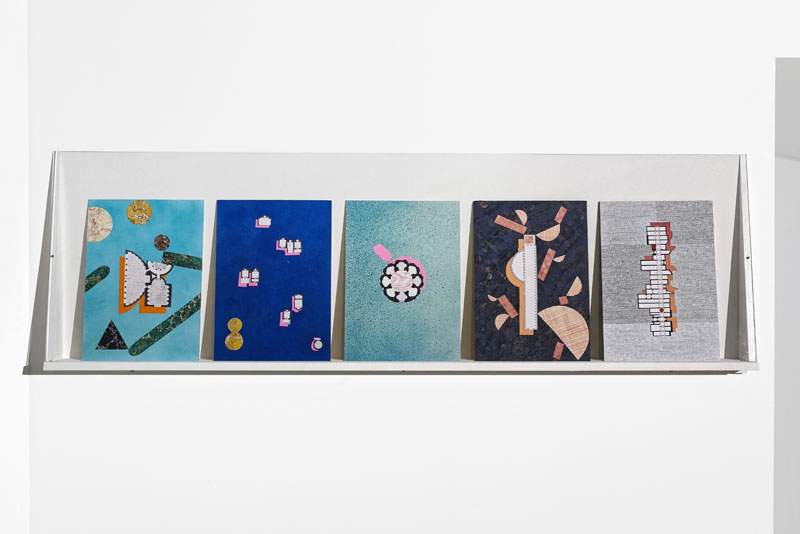