Architect, polymorphic creator and musician, Pascal Häusermann defended for more than fifty years, modularity in architecture and the free expression of the individual. Patrick Antoine commissioned, The Movable Theater, a project for his troupe of about twenty actors, that was designed to float on Lake Geneva and provide performances in Geneva, Lausanne, Evian… The Movable Theater consisted of two double spheres placed two meters fifty off the ground. Their armature consisted of metal tubes nested within one another, and covered with an opaque plastic wing. The principal sphere, seventeen meters high, housed the theater, galleries, a barfoyer and entrances. The second, fifteen meters high, contained the stage. Around the spheres, a vacuum of two meters fifty allowed the actors and technicians to move around; twelve cardboard cells, orbiting the spheres, served as the dressing rooms. The public could be seated in the center in circular bathtubs that were detachable allowing nineteen different configurations for watching the show. Built in Thonon, The Movable Theater was transported and mounted for performances in Saint-Herblain, then in Courbevoie before being destroyed after the loss of Patrick Antoine and the separation of the troupe, in 1971. 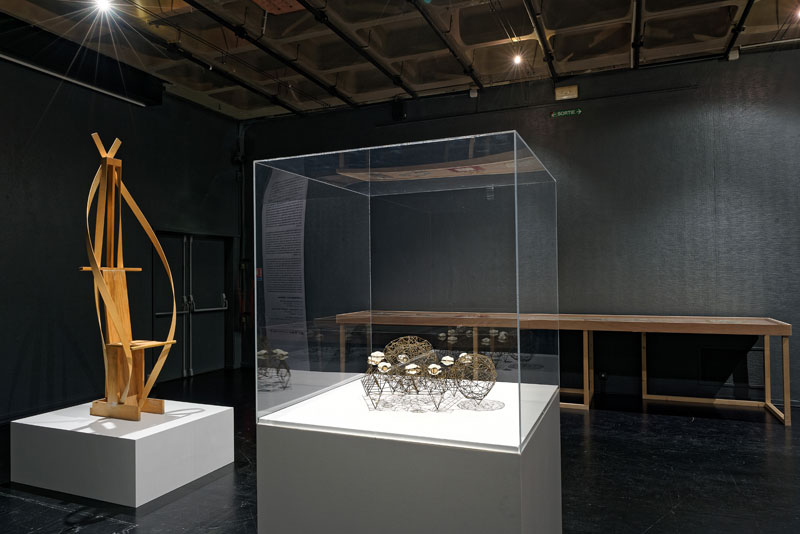