Any installation, performance and circuit organized by the Austrian artist Mario Terzic can be conceived as the vehicle of an inner journey “to the center of the ego,” and consequently represents a “system of extension” of human innerness. His first works, in the 1970s, indicated a fascination for the Baroque, Antiquity and mythology. They represented the artist’s body as the instrument which made it possible not only to experience space but also to rethink the classical heritage. My Wings, presents Mario Terzic himself in a performance in which he mimes an attempt to fly, but the movement holds out no hope that the man will ever take off: it refers more to the fall of the American soldier in the propaganda poster “Why?” (which had a lot of media coverage in the 1970s) than to the lightness of a body freed from gravity. It is an allegorical, Baudelairean work expressing the hope of a man who, filled with the dream of Icarus, tries to escape from a battlefield which reminds Daedalus’ infernal labyrinth. My Wings also conjures up the figure of the angel and Leonardo da Vinci’s flying machines, and echoes the contemporary works of Rebecca Horn, Panamarenko and Gino de Dominicis. It questions the place of the body in space and in the world, a line of thought which here takes on the dimension of a mystical quest. 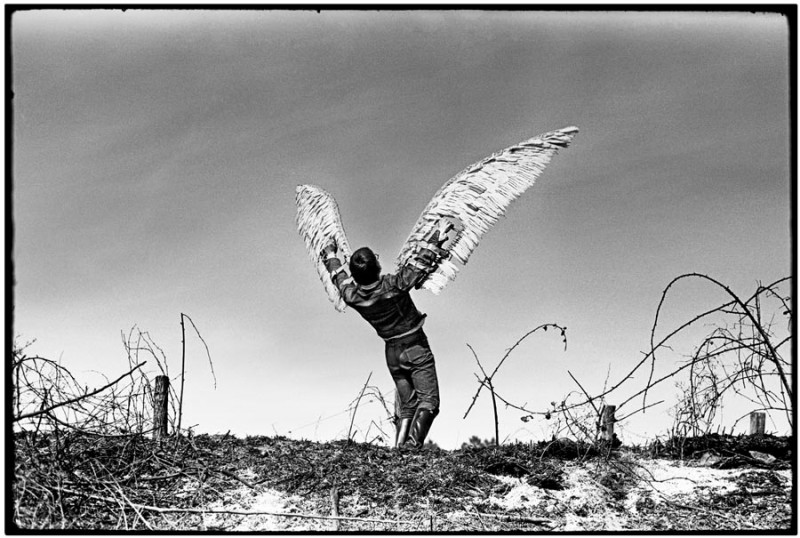