Based in São Paulo (Brazil), Lucia Koch has created ephemeral interventions in both domestic and natural spaces since the beginning of the 1990s. Here, color-filtering gelatin, normally used on cinema sets, cover the glass surfaces in Turbulences hall, plunging visitors into an atmosphere full of color. Each turbulence from the existing architecture is reclassified by a color that takes on a dual-dimension, temporal and emotional, according to the movement of the sun: A dramatic aurora, A twilight hour, A polluted sunset. Lucia Koch’s interventions within the space tend to shift our attention, not necessarily to its contents, but towards its envelope and to question the use of framing employed by the architecture. Looking to materialize an optical separation more than a physical one, the artist varies the colors for each pan, only complicating the vibrations that occur as a response to meteorological events. The changes produced by these colored areas affect more than the building, it also touches the people walking through the colored reflections, an embodiment of the encounter with space. 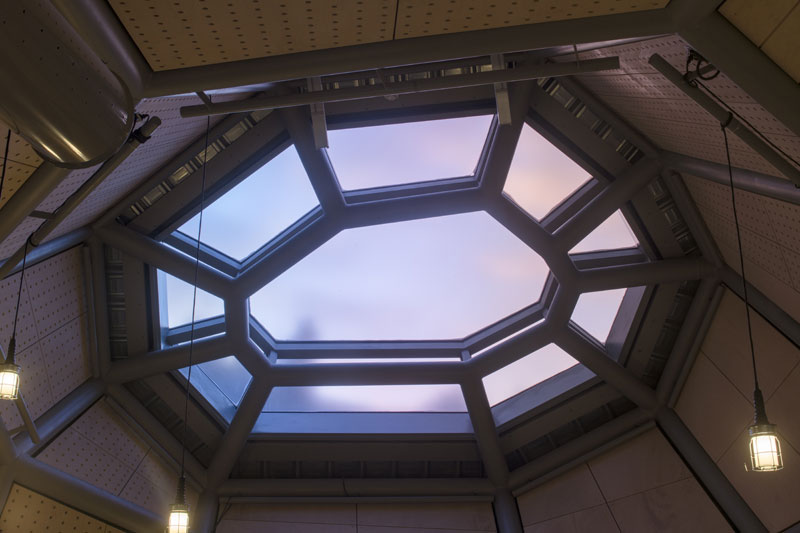