Simultaneously a painter and architect, Juan Navarro Baldeweg was invited to the Massachusetts Institute of Technology (MIT) in Boston as a resident artist in 1971, where he made photomontages and drawings on photos. The Spanish architect studied the possibility of recreating different terrestrial ecosystems within large pneumatic structures that could drift throughout all the regions of the world. His research and development has created climate controlled artificial environments, with his projects taking into account newly available technology and tools. The projects’ drawings focus particular attention on the potential for the diffraction of the light spectrum through an inflatable bubble membrane, which re-characterize the environment by color. Much like other architects of the period, Baldeweg applied his new form of urbanism to the city of New York, the iconic capital of the twentieth century. His alternative proposals prolong the projects of the American Buckminster Fuller and the Viennese architectural group Haus-Rucker- Co who rethought the equilibrium of the Earth by postulating a symbiotic relationship between Man and Nature.

Known in the 1960s for his works on color derived from American abstraction, architect and visual artist Juan Navarro Baldeweg has created two flags for rue Jeanne-d’Arc in Orléans. These original works borrow and monumentalize compositions from past. The images are punctuated by repetitive geometrical patterns inspired by natural phenomena and stylized cosmic forms (stars, raindrops, moons …). The expressive role of color and the affirmation of compositional flatness are inherited as much from the contributions of Fauvism as from the “post-pictorial abstraction” theorized in the mid-1950s by the American art critic Clement Greenberg. While Estudio II [Study II] thus proceeds from a reflection on the act of painting through variations of a motif, Lluvia y Lunas translates Baldeweg’s ancient research around the zodiac signs and energy flows such as gravity, magnetism and light. The floating presence of flags in public space will, hopefully, highlight the emotional impact of color on passers-by. 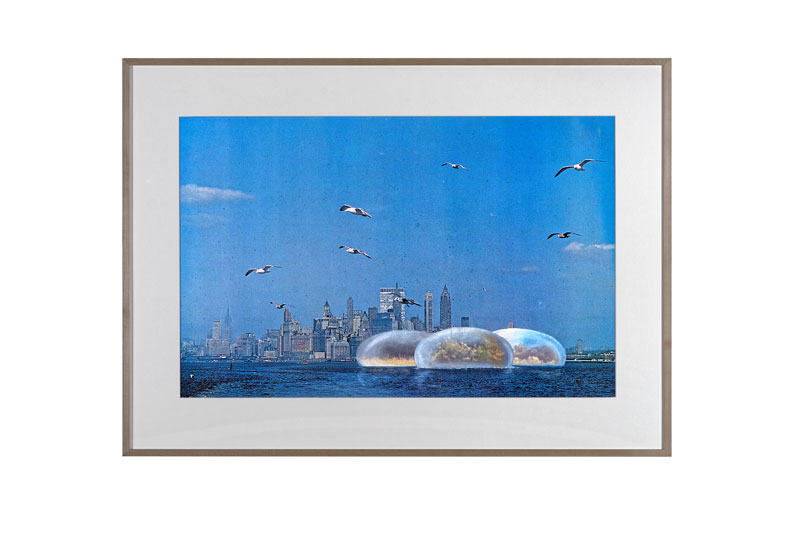