Based in Bratislava, the Slovakian artist, Jozef Jankovič quickly gained notoriety in the late 1950s, by creating a sculptor style open to architecture and public space. After becoming “undesirable” following the Prague Spring and the implementation of a so-called regime of “normalization,” Jankovič was excluded from the National Artists Union. In 1972 he carried out his initial series of dystopian architectural projects that refer ironically to the beginning of the normalization process in Czechoslovakia. Drawn in black ink on white paper, four views of closed interiors suggest an atmosphere of oppression. The series presents us with places of isolation, torture and interrogation, prison cells or waiting rooms in bureaucratic public administration buildings, where citizens are reduced to numbers. Continuing until 1987, he produced several hundred drawings of urban visions, laced with dry irony and marked by the seal of a totalitarian ideology. Digitally rendered, these drawings also make the artist a pioneer of digital art. 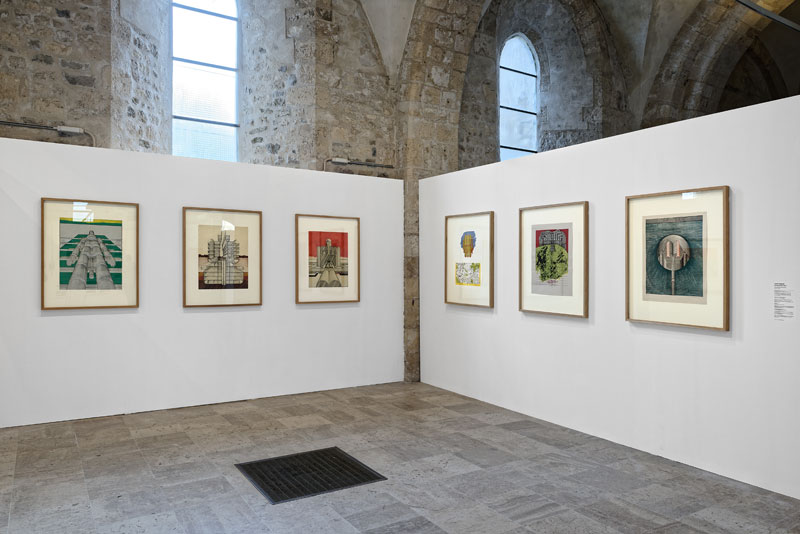