Considered one of the forerunners of radical architecture as well as of the postmodern movement, Hans Hollein sees architecture as being both a system of signs and a communications medium, and from the late 1950s on, he established an approach based on collage and the hijacking of images and references. Between 1956 and 1969 Hans Hollein imagined “sculpture cities” in the form of drawings and photomontages which acted as a manifesto against modern functionalism. These “shock images” were contemporary with Pop Art and illustrated his semantic and communicational approach to architectural space. The architect increased the megalithic motifs and the “superstructure” forms which he monumentalized and incorporated in rural and urban landscapes. Somewhere between Primitivism and Expressionist imagination, these city projects deliberately rejected all manner of readability and functionality, and were presented in the opaqueness and compactness of their old-fashioned and disquieting forms: “The building must not reveal its use, it is not the expression of the structure and the construction, nor is it an envelope, or a shelter. A building is a building. Architecture does not have this goal. What we build will find a use. Function does not create form.” Whether a cloudy mass or a rock in midair, the superstructures which Hollein sketched above existing cities (Manhattan, Vienna or Salzburg) conjure up, in a critical mode, the mega-structural proposals being devised at the time, at the same time as they railed against the monotony of these cityscapes. 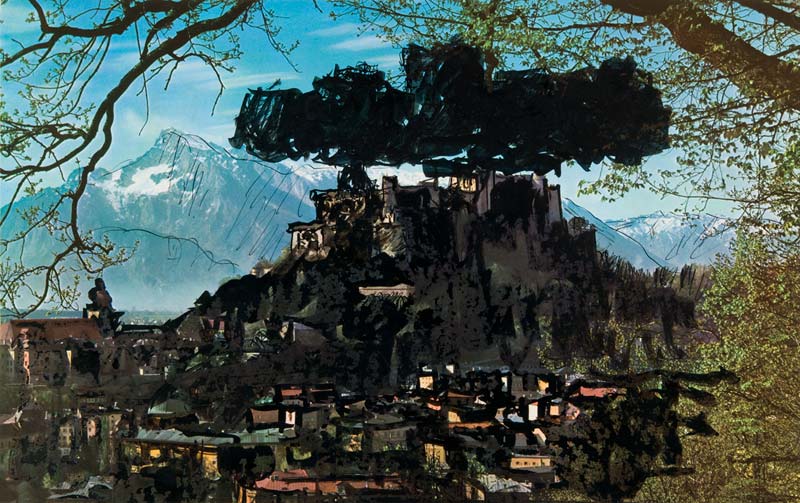