Ettore Sottsass has developed a creative practice at the crossroads of art, architecture and design. He is one of the precursors of radical architecture in Italy, a protest movement that attacked the functionalism of the 1960s. This exhibition draws a thread through two of Sottsass iconic projects: the Superbox Armoire series, designed in 1966 at a time when Sottsass was deeply influenced by his journey to India, where he observed color, pattern and ceramics that “give a ritualistic weight to objects.” (“I always thought that design starts where rational processes ends and where those of magic begin.”) With their sculptural geometry and saturated colors, Superboxes are like small altars or totems. Sottsass conceived the photographic series Metafores [Metafors] during his voyages in the desert between 1969 and 1976. The ephemeral structures he created in the landscape before photographing them are made up of inexpensive and fragile elements (twigs, ribbons, leaves, pebbles, etc.), which refer to the precariousness of things. These photographs are part of the “microscopic gestures” and the “elementary actions” that Ettore Sottsass uses to call for a renewal of our relationship between individual and collective space. 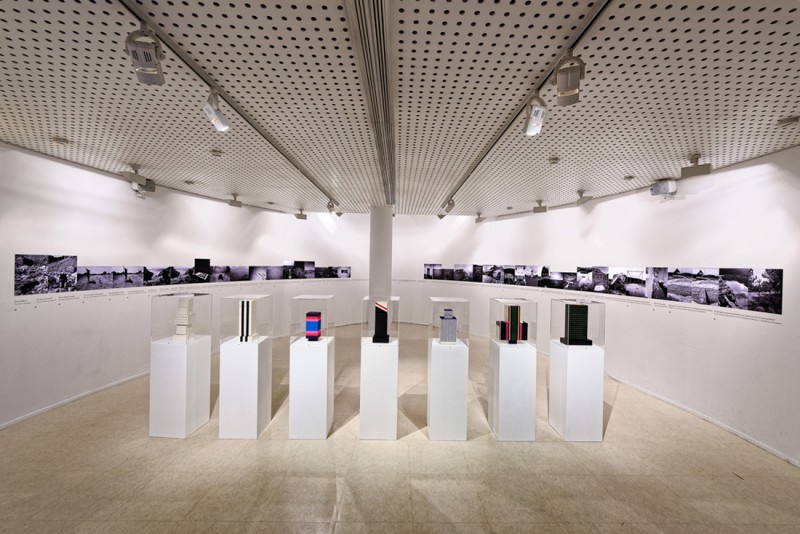