The French-Dutch architect Willem Frederik Henri Rottier known as Guy Rottier (1922–2013) is one of the most singular and surprising artistic figures of the latter half of the twentieth century. Trained in the wake of the modernists and the avant‑garde, after Le Corbusier (1887–1965) who elected him as foreman of the construction site of the Unité d’habitation de Marseille [Housing Unit of Marseille], he later joined the Atelier des bâtisseurs [Builders’ Studio] under the direction of Vladimir Bodiansky (1894–1966). An architect-advisor to the Cher department, France, during the post-war reconstruction, a member of the Groupe international d’architecture prospective (GIAP) with his friend, the art historian Michel Ragon (1924‑2020), his heterodox creative fervour led him to become the only architect member of the École de Nice, which included artists Ben (1935), Yves Klein (1928–1962), and Arman (1928–2005).

Guy Rottier transcended conventional architecture, the laws that determine it, and the territories that condition it. His world, at once playful and prospective, laid the foundations for a new way of inhabiting: mobile, aerial, organic, and subterranean, and notably also with a concern for space exploration. He was able to provide a critical view of the architect’s role, while updating the language of architecture and the city, and he engaged in a conceptual approach that now serves as a manifesto. 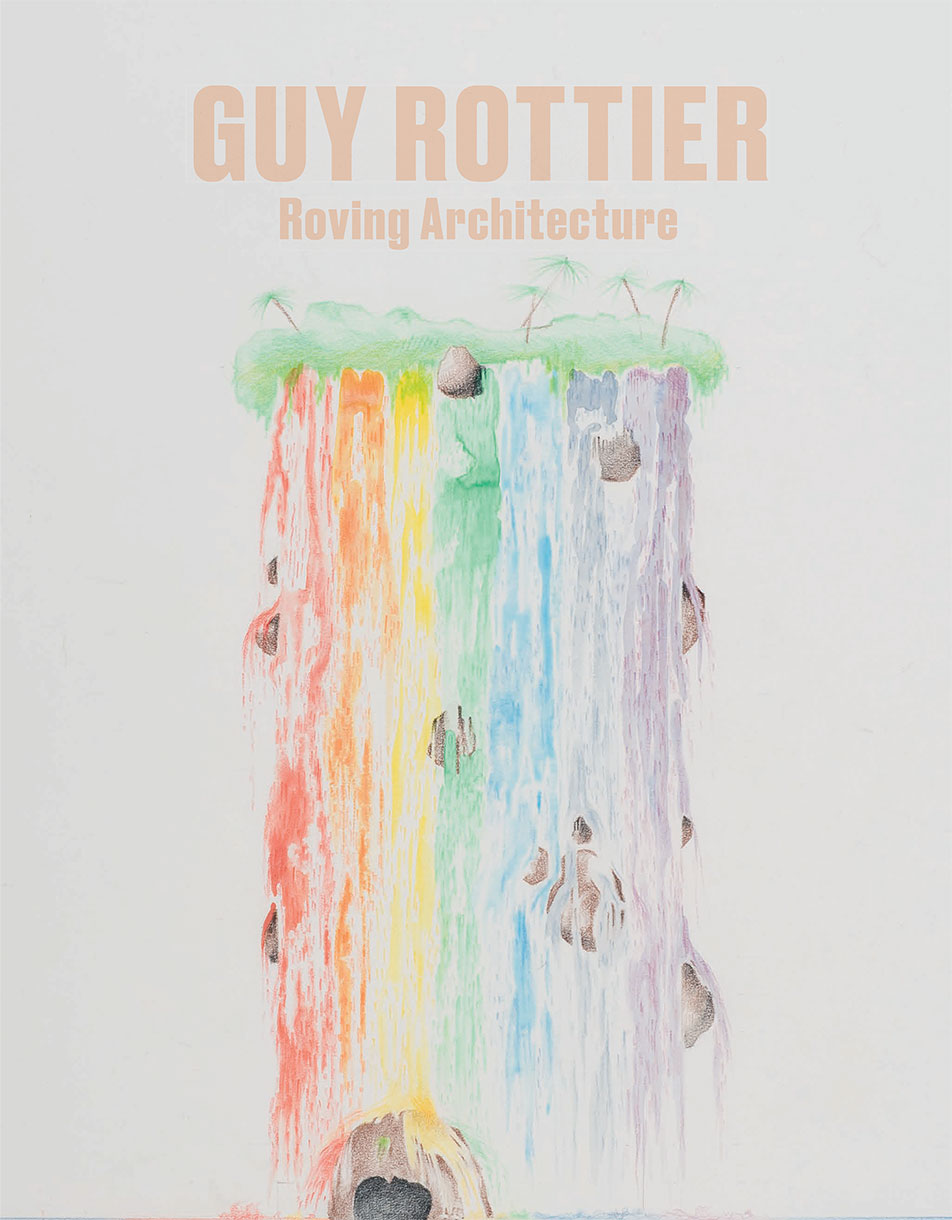 Guy Rottier is the man behind a multifaceted, unclassifiable body of work in which art and architecture, poetry and technology, are in constant interaction. Dazzlingly uncompromising, Rottier set out to to radically renew both the language of architecture and the discipline’s standardised lifestyles. Mischievous, whimsical and free-spirited, he stood out all his life for an architecture more playful than entertaining, more childlike than childish, breaking all the rules – from tradition to the law of gravity – so as to redynamise a sclerotically ordered world. This catalogue retraces the career and the major projects of one of the most original “arTchitects” of the second half of the 20th century.