Mengzhi Zheng left his native China at the age of seven when he came to France. He studied graphic design before joining the Villa Arson in Nice from 2006 to 2011, the same year he obtained his Diploma in Artistic Expression at DNSEP. During that same period he studied at the Städelschule in Frankfurt ( 2009 to 2011).The artist has developed a visual approach related to space and architectural dreams. He refers to his constructions as ‘non-inhabited spaces’, ‘inarchitectures’ and ‘nonfunctional spaces’. His work has been shown in various spaces including the Verney-Carron Space, Lyon, and at the Halle Girard at the Palace of Tokyo after being spotted at the 13th Biennale of Lyon (2015). He has also shown at the Baumwollspinnerei, Leipzig (2016). 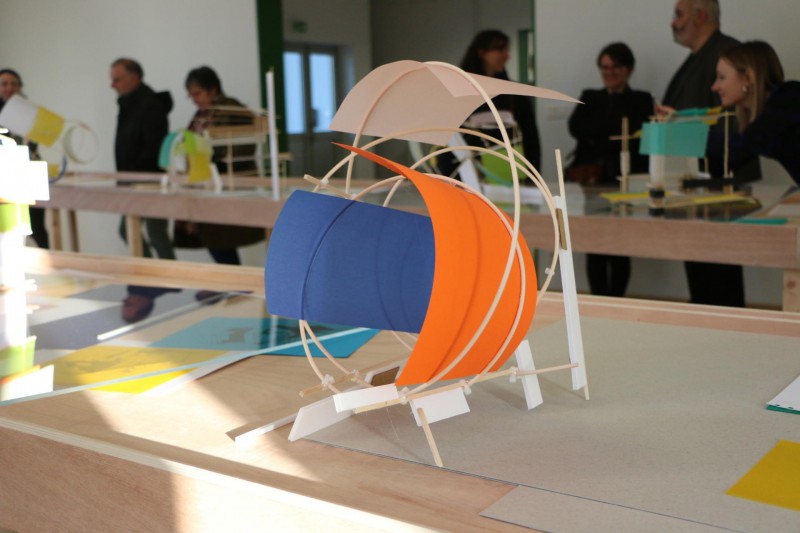 Following a partnership initiated in 2008, the Center Hospitalier Départemental Daumezon (CHD) and Frac Centre-Val de Loire has given the young artist Mengzhi Zheng a residency during the first season of the Biennale. The residency’s purpose is to emphasize the younger generations decisive role in the creative process and with the Biennale. The artist’s research will develop works around dwellings and interpretive drawings of space. During the residency the artist will have the means to investigate the notion of scale and to inspire architecture through dreaming and imagination. Mengzhi Zheng will produce a work in situ within the spaces of the CHD. As a meeting space, the residence is the opportunity to create exchange between the artist, the residents and the staff of the center.