Ugo La Pietra, an artiste, architect and designer, was a major figure on the Italian radical scene of the 1960s and 1970s. Urban zones are the focus of his attention: equipped with “deciphering tools,” he surveyed the city down to its tiniest interstices in a quest for “degrees of liberty.” The artist methodically reappropriates and reinterprets urban space utilizing photography, film, drawing and photomontage. Ugo La Pietra began noticing “spontaneous” creations produced by the inhabitants of the Milanese periphery. Breaking with their previous usage, the objects had been salvaged and repurposed by “do-ityourselfers”, becoming the raw material for their new makeshift constructions. According to the artist, this is the reappropriation of urban spaces, revealing the irrepressible human desire to possess, create and invent. Like so many cracks in the authoritarian system of the city, similar to alternative systems of communication and “preferential itineraries,” these are well-trodden pathways created by inhabitants, which he contrasts with the roadways resulting from urban planning. La Pietra meticulously photographed and filmed the city, making a quasi ethnographic recording of these traces of rupture as witnessed in his film Riappropriazione della Città (1977). The photographs, from big close-ups to panoramic shots, from the object to the site, are integrated in photomontages, sometimes under the slogan “do it yourself,” in which the juxtaposition of elements (photographs, notes, diagrams, etc.) brings into focus significant relationships. 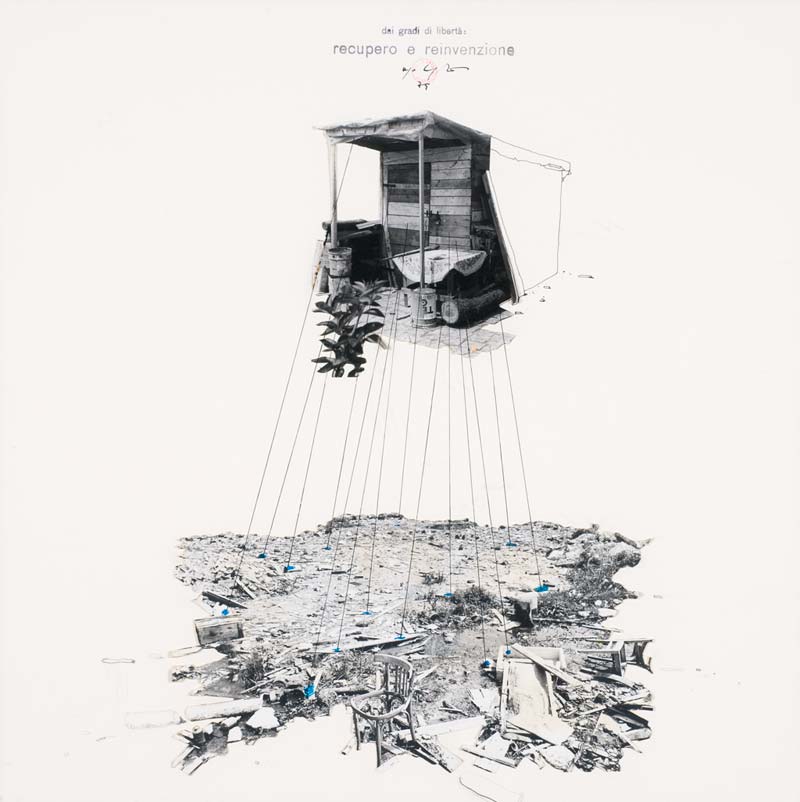