Urban Architect and sculptor, Pierre Bernard had a systematic practice of hanging. He developed ideas about urban dynamics and morphogenesis with physical laws that determine organic forms and structures. The installation presented at the théâtre d’Orléans features several hundred suspended cotton cord sculptures which he hooked while he was using public transport. He himself specifies : “The origin of my crocheted sculptures dates back to about thirty years ago. They are my way of carrying out research on shapes: of trying to understand ‘from the inside’ the wavy lines of a holly leaf, the way a snail’s shell grows, the structure of an ear… The stitches that follow on from one another remind me of when you say your rosary. These are pieces of time that take shape. It is a work on the boundary, on the threshold where the interior and exterior are fashioned at the same time. This is also a way of creating complex shapes with a continuous thread, from one single simple strand, using with only two variations, doubling or skipping a stitch. These soft shapes can take on an infinite number of positions, but they also have stable states, and an ‘ideal’ form.” 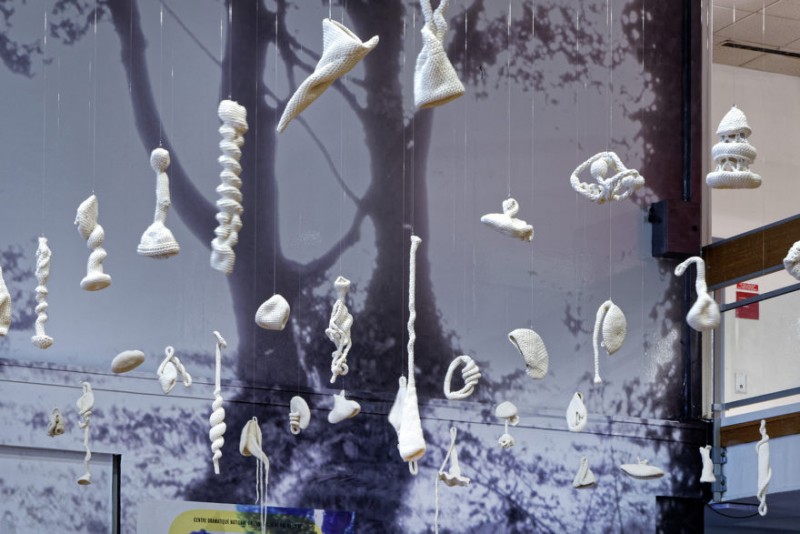