Graduate of the École Spéciale d’Architecture de Paris in 2007, Max Turnheim currently runs the UHO architecture studio. The work for this particular project is a direct reference to two pieces from the Frac Centre-Val de Loire’s collection: Project Mizoe No. 4 (1993) by Hiromi Fuji and No-Stop City (1969) by Archizoom. The two works share a critique of modernism’s foundations, declaring neutrality as a new condition of architecture and the city. If Fuji takes architecture back to the “zero degree,” Archizoom states it should be eliminated. La Barre reinvestigates the buildings lack of historicity, a collective housing stereotype and the “Métropole diffuse” (dispersed metropolis) by Branzi. For this project, the city essentially becomes a space dedicated to circulation ebbs and flows, modeled on equations describing the fluidity of movement from Navier and Stokes, scientists from the nineteenth century. The light and the changing patterns acting on the shimmering screen dissolve La Barre, or, on the contrary, make it appear as a zone of plausible resistance of domestic space in the face of urban dynamics. 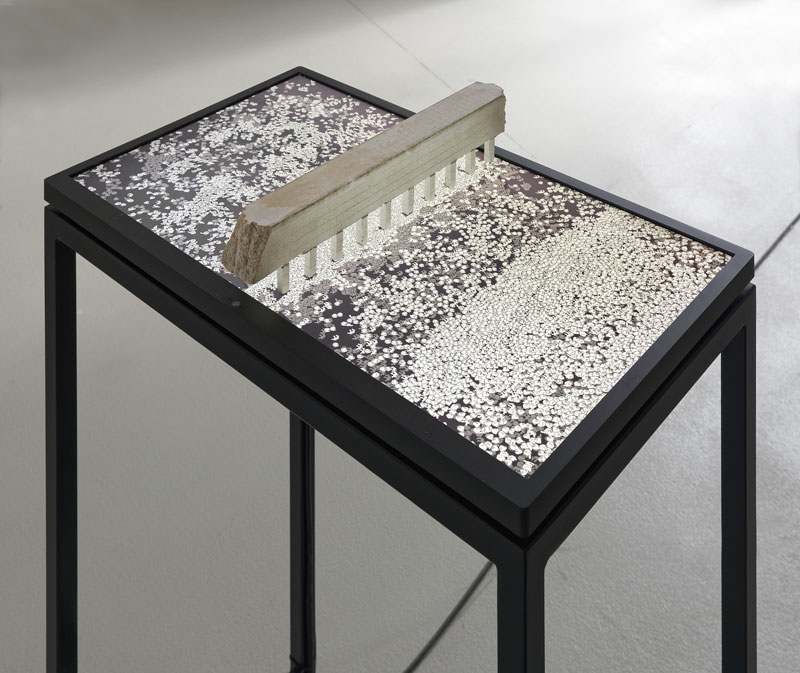