Nature is the main source of inspiration for the architect, designer and researcher María Mallo. Since obtaining her PhD in the study of radiolarians, microscopic unicellular marine organisms, she has designed complex geometrical biomimetic structures, from jewelry to architecture and furniture. In a filiation of Richard Buckminster Fuller’s geodesic domes, Frei Otto’s light structures or the triaxial networks from Robert Le Ricolais, her buildings exploit geometry present in nature and adhere to bioclimatic requirements. Inspired by radiolaires, Supercluster takes the form of an evolutionary installation whose apparent irregularities corresponds to logical principles, with the forms that compose it referring to the laws of the natural world. A kind of performative matrix it is capable of deforming according to the people suspended inside it, creating an interactivity between the object and the user.

Architect, designer and researcher, María Mallo consecrated her thesis to studying radiolaria, microscopic unicellular marine organisms. Deploying a multi scale organic vocabulary, from jewelry to architecture, she has been inspired by Ernst Haeckel’s biological forms from the 19th century, observations of soap bubbles and crystals by Robert Le Ricolais concerning the notion of automorphism, and the natural growth of form during the 1930’s. For the Biennale, she has, for the first time, created a work in the form of a flag. Designed in complementarity, the flags’ compositions offer two visions from the same living architecture. Reactive Architectures Galaxy observes the structure from the inside. A fluid and permeable environment that combines the contributions of both the natural and technological worlds constituting a tissue of living membranes able to react and adapt to human needs. Mundos pequeños y blandos [Small and Soft Worlds] creates distance from the abstract universe inspired by zooplankton skeletons as a means to highlight networks. The back and forth from microcosm to macrocosm are an invitation to reveal its interiority, being both physical and psychological. 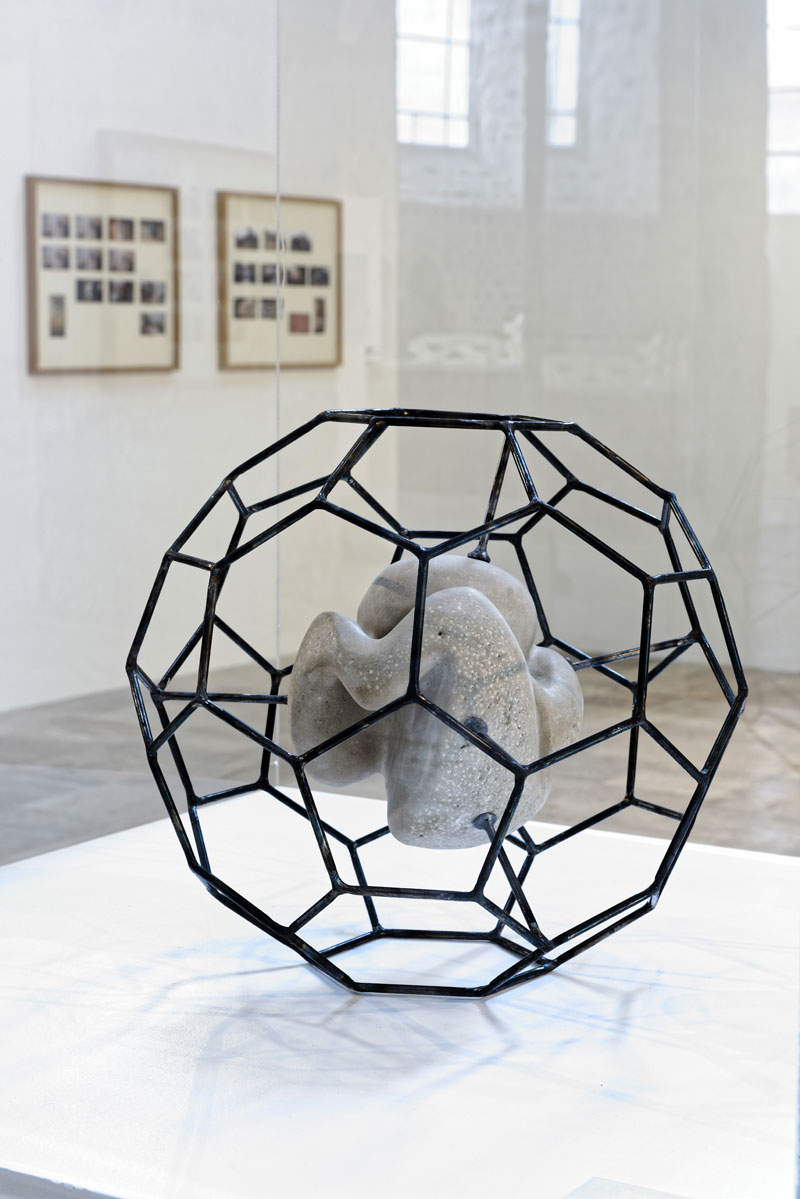