In the short film Ensayo Sobre la Ruina, 2012, the artist Luis Urculo questions the idea of progress by offering an essay about the instability and decay of constructions. Different scenes, though similar in their layout and overall condition, appear one after the other. In front of the camera, in an abstracted white set, rough materials and objects give life to a labile configuration that slowly decays for apparently no reason. Adverse forces are quite hidden. The reiteration of the same act suggests a comparison between the scenes. While the action is constant, results are various and depend on gravity and forces, on materials and shapes. The noise of the crash and the time it takes for it to occur change constantly. And finally the objects stand in their collapsed configuration, which still retains traces of the original one. 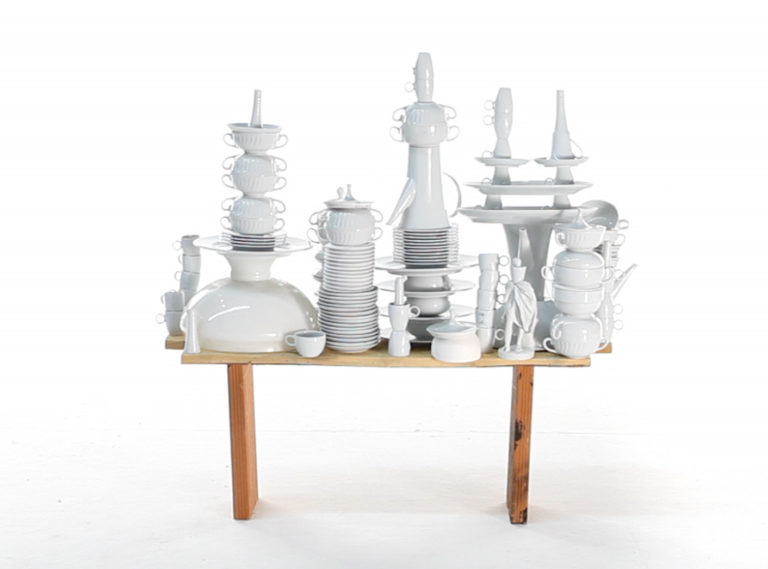