Graduating in 1955 Günter Günschel, a German architect, delved very early on in his research into innovative forms of construction and the morphology of spatial structures. Like Robert Le Ricolais or Buckminster Fuller, Günschel pursued a dream of light and flexible architecture, freed from reality’s contingencies, appearing in innumerable drawings that crossed the rigor of an engineer with the expressiveness of an artist. The composite geodesic systems he studied beginning in the 1950s for vaulted or suspended ceilings radically opened up new perspectives for architecture and urbanism. He also created freely drawn ink landscapes on proliferating across sheets of paper –with multiple facets derived from an icosahedron– contaminating nature until ultimately hybridizing with it. During a project that called for the redeveloping of an island on the Weser River near Bremen, Günschel superimposed, via a potent composition, these geometrical systems to the formations of vegetation. 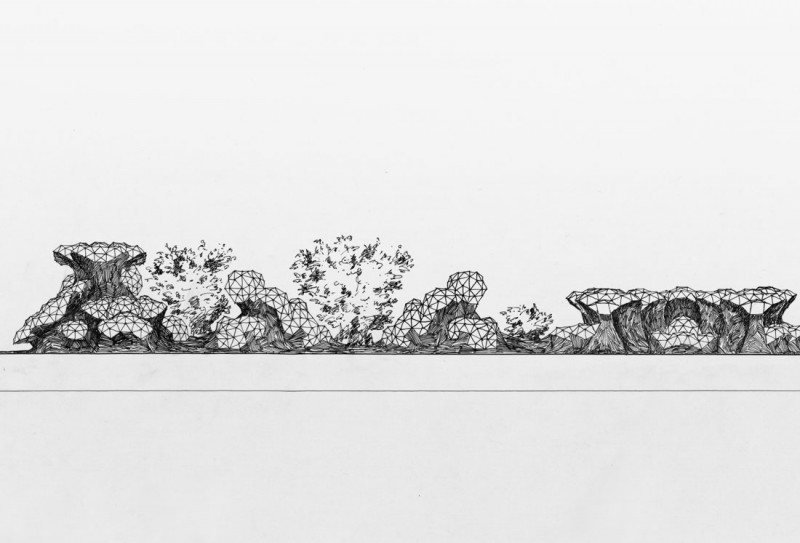