Claude Parent sought to redefine our living spaces by building disruptive buildings with sloping floors and walls, in a critical relationship with modern plan, traditionally horizontal. Between 1963 and 1968, within Architecture Principe, he developed with Paul Virilio the theory of the Oblique Function: a new relation to the ground based on instability and dizziness. In 1970, appointed Curator of the French Pavilion of the Venice Biennal of Art, Parent made a large-scale concretization of its inclined ramps systems. Entitled The line of greatest slope, the “practicable” of Venice is a collaborative project whose every step is photographed by Gilles Ehrmann.

A selection of the 282 photographs constitutive of this photographic campaign covers all the walls of the borne, documenting the interventions of artists Bellaguet, Buri, Cousin, Morellet and Mannoni in an experimental and joyful form of synthesis of the arts. 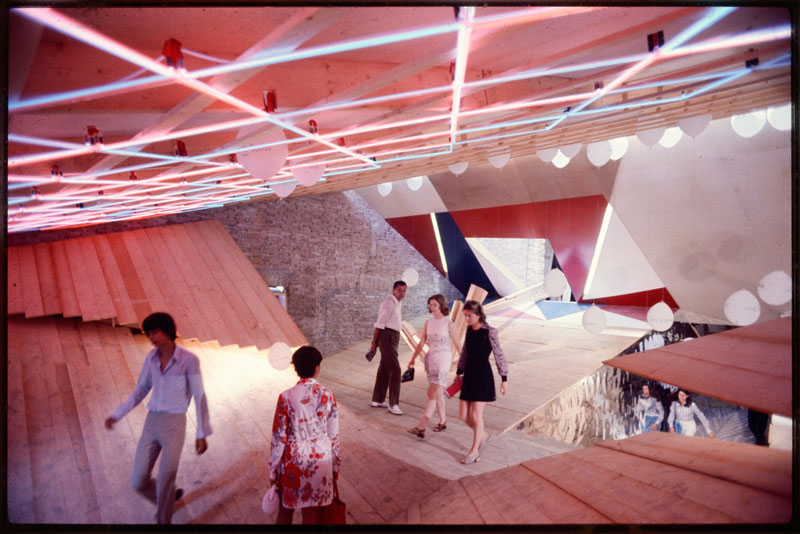