The meeting between Patrick Bouchain and Encore Heureux was decisive for the Parisian agency founded by Nicola Delon et Julien Choppin in 2011. Today the two architects are directing a film to better understand the discourse and reflection, at the heart of the architecture Patrick Bouchain’s work. If the syntax of the film evokes the manner Boutang captures Deleuze through the Abécédaire, Encore Heureux’s project is an intimate and complicit dialogue conducted in June of 2014 on a beach in Pas-de-Calais. The interview with Patrick Bouchain reveals the linguistic prowess and sharing in his relationship to architecture. The filmmakers show how “his eloquence makes us want to build and inhabit the complexities of the world without falsely over simplifying them. Speaking with Patrick is like facing an athlete, a boxer who plays with our questions, ducks and weaves, leads us far astray, then concludes following several unexpected twists and turns. It is this powerful rhetoric that lead us to make this film. We want to transmit and share this form of oratorical art, the framework for his architecture. His volubility creates a fascinatingly powerful narrative, and is a very unique way of constructing narratives.” 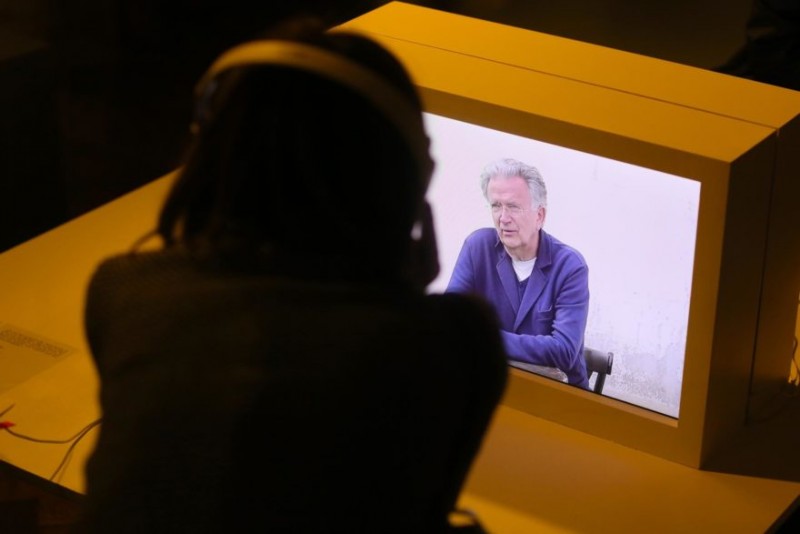