Architect and engineer, David Georges Emmerich began exploring the laws underlying the development of architectural form through morphogenesis in the early 1950s. He considered forms as self-organizing “geometric beings in space” created according to their own laws, very much like structures in nature. Aware of the issues and challenges of self-construction, growth and mobility, Emmerich aimed to blend architecture and engineering in a way that would allow for the creation of dwellings that were convertible, multipurpose and organically expandable, thanks to possible combinations of standardized elements. Utilizing a game of pick-up-sticks, Emmerich developed a principle for Tensegrity Structures, in which the equilibrium reached between traction and compression results in a stable and resistant construction in which the elements support each other. Tensegrity Structures like a “game to cram together or freely scatter, a game of movement and growth, whose morphological richness, inherent to natural structures is practically inexhaustible” (Emmerich). Without foundation and temporary, they can constitute the framework of a dwelling or the basic structure for a set of modular compartments. 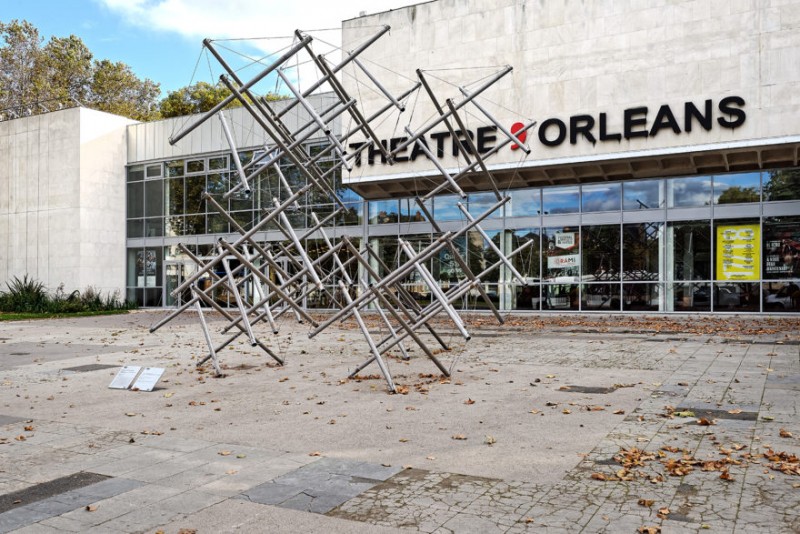