Chanéac defends an organic, evolutionary and mobile architecture of individual cells. In 1967, he developed the project of Alligator City, which is a principle consisting of raising the street grid to create a space between it and the natural ground. This brings the “entrails” of urban organization into light by raising them off the ground in order to deduce the form and very structure of the city. Attached to large arches that transform the urban landscape into artificial hills, the industrialized plastic cell is the basic unit of a flexible and mobile habitat that becomes open to a relational and organic space. These arches take on a role of an interface, like the pores of the skin. Acting like a reptile, the structure makes it possible to pass from one medium to another. The project was part of an effort to expand architecture into new environments during the 1960s. It is part of what the French critic Michel Ragon called “futuristic urbanism.” 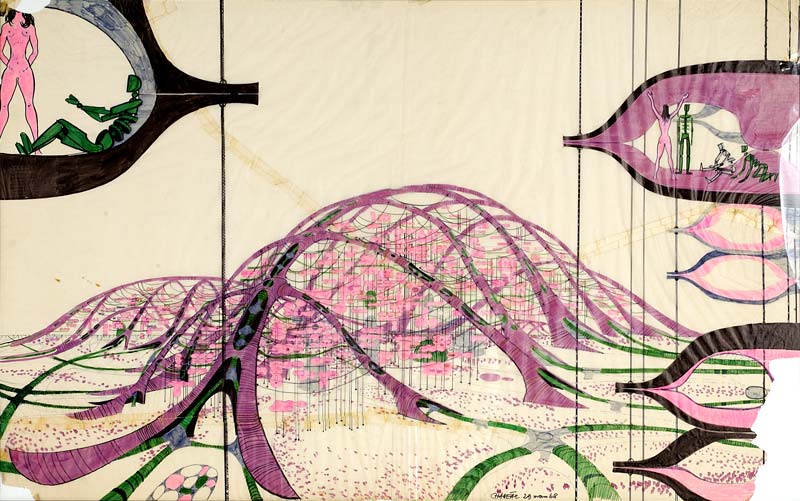