Lebanese architect based in Beirut, co-curator and architect of the Bahrain pavilion for the XIVth Venice Biennale of Architecture in 2014, Bernard Khoury designs rethink the link between the inhabitants and the environment of their building. The installation In Order of Appearance brings together a hundred photographs showcasing projects from the architect. The environment presents itself as a network of connections reveling a profound dynamic that draws a complex cartography. Sixteen hanging boxes within the space each broadcast a story told by the architect. Each subjective narrative evokes a “protagonist,” someone with whom Khoury has had a relationship with during the development of a project. An advocate for a narrative approach to architecture, intermingling possible narratives as the viewer wonders and helps to trace a path, Bernard Khoury brings new encounters which, often contradictory, favor the expression of a polysemic world. 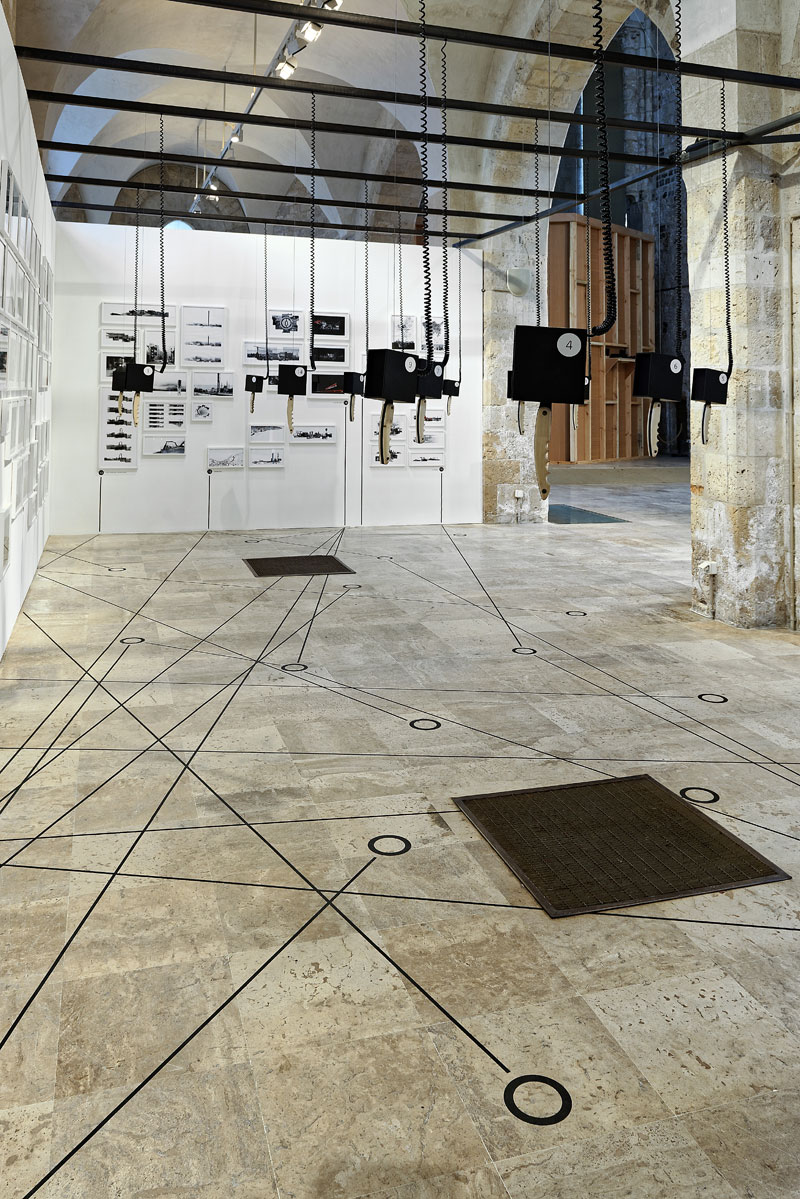