Architect, PHD of philosophy, author of six novels and two theater scripts, Aristide Antonas has used his agency to conceive numerous private housing projects. At Saint-Pierre-le-Puellier church, has created two “flying floors” that express a melancholic dream of an autonomous domestic life, completely taken in by an interconnected reality. In The narrative of Flying Floors, the architect reduces a habitation to a few signs—wall, floor, opening—causing the two structures to become basic cells, but devoid of walls. This places the inhabitant into an intimate paradox, as their image dissolves into the public sphere, domestic space no longer in the form of home or refuge but instead a transparent space, destined to be permanently interconnected and become public. Despite being torn from the ground, the habitation, which invites us to temporarily withdraw from the world, becomes porous. Aristide Antonas’ narrative approach creates new ways to question our identity in the future. The installation plays on the metaphor so we might question the function of a habitation today. 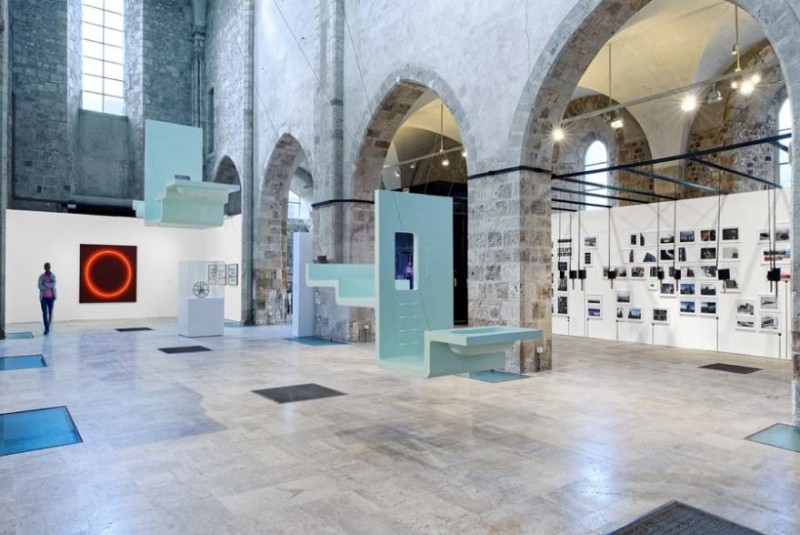