This series of drawings, Liquefaction Structures, is a critical reflection on space and the objects that surround us. Decomposed as if though there was zero gravity, the Liquefaction Structures question the relevance of a world saturated with objects and determine a new relation with space, emancipated from any geometrical reference. This radical project constitutes an essential turning point in Archizoom’s research: if the use of vivid colors and the dynamic sequencing of drawings stills (story-board like) underline the influence of pop aesthetics and the group Archigram, the very concept of liquefaction announces the notion of disseminated architecture developed by Andrea Branzi and the group in 1969 with No-Stop City. As a model of global urbanization, No-Stop City implements the idea of architectural disappearance within the metropolis. This “never ending city” is organized in the same manner as a factory or a supermarket. A sort of car park with home furnishings, which can be used to full fill arising circumstances accordingly, and in which the individual can create their own habitat. The interior spaces artificially lit and climate controlled, make it possible to organize new housing typologies, open and continuous, destined for new forms of association and community. A radical analysis of architecture and design, No-Stop City offers a model of a featureless city, dedicated to the continuous flow of information, technological networks, markets and services, consuming the disappearance of architecture in a pure urbanism rid of any symbolic value.

Founded in Florence in 1966 and dissolved in 1974, the Archizoom group was made up of Andrea Branzi, Gilberto Corretti, Paolo Deganello, Massimo Morozzi, and as from 1968, Dario and Lucia Bartolini. Archizoom produced many critical texts and took part in the Superarchitettura exhibitions (1966), the 14th and 15th Milan Triennale (1968 and 1973) and the exhibition Italy: The New Domestic Landscape, organized by Emilio Ambasz at the MoMA in New York (1972).

In 1974 the members of Archizoom were among the founders of Global Tools, a counter-school of architecture and design which championed the free development of individual creativity. The group’s archives are today held in the Centro Studi e Archivio della Communicazione Università degli Studi di Parma, at the Centre Pompidou in Paris, and at the FRAC Centre-Val de Loire in Orléans. 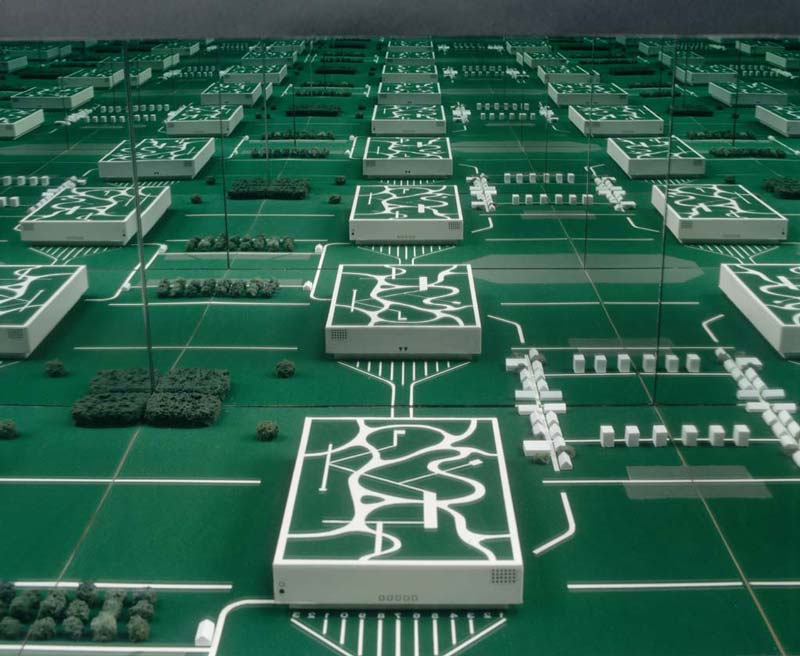