A graduate of the Berlin University of Art and Design in 1997 in the theory of visual arts, architecture and media, the German artist Annett Zinsmeister has developed since 2000s a practice at the crossroads of art, design and architecture, which questions the history of utopias and spacial ideologies as they were thought and built over the centuries. In her hypnotic installations, the artist covers the walls, floor and ceiling with photographic details of urban or industrial buildings using repetitive motifs printed on wallpaper. The motifs, which she describes as “modules,” enable her to deconstruct and reconstruct space. Gridding the layout, and amplifying the virtual effects of perspective accentuates the project’s dystopian dimension, translating it into a form of counterutopia. Genuine “machines of perception,” these artificial spaces question our understanding of space by disrupting our relationship between interior and exterior, between reality and illusion, between possible and impossible and in that manner reviving radical architecture. 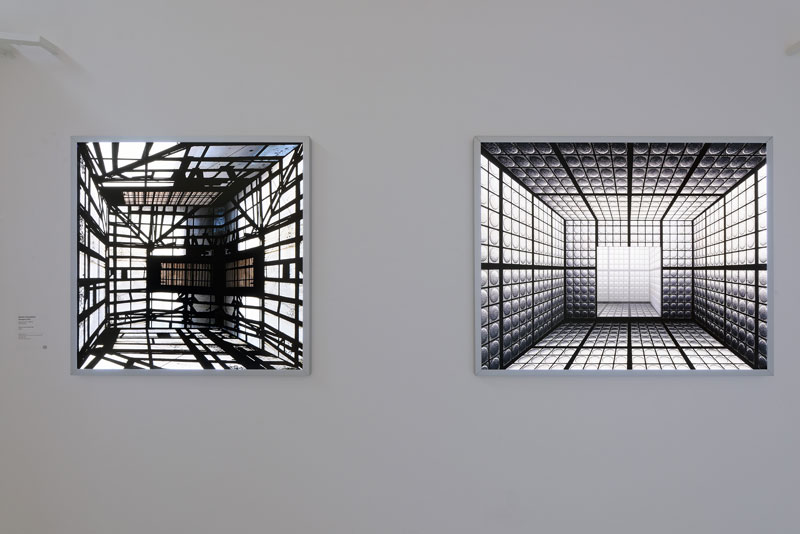