Andrés Perea Ortega developed his first reflections about mobile architecture at the Superior Technical School of Architecture in Madrid, where he taught from 1967. The model for the Móvil Habitable [Movil Habitable] project, developed for a national competition, studies the conditions of absolute mobility, without limits, through which the habitat submits to the desire of the man and not the reverse. The mobile home functions as a “miniature solar system,” with translational and rotational effects allowing variability in how the living spaces are distributed. The different levels of gyrating galleries are accessible from the central core thanks to two entrances, which permit multiple access points to the different living spaces. The core channels the vertical circulations, a spinal column that joins to the ground, making stability, for the moving spaces unstableness. The project is part of European research concerning mobile urban planning and mega structures that join the principles of circulation and modularity developed by architects Loris Rossi or Angela Hareiter. 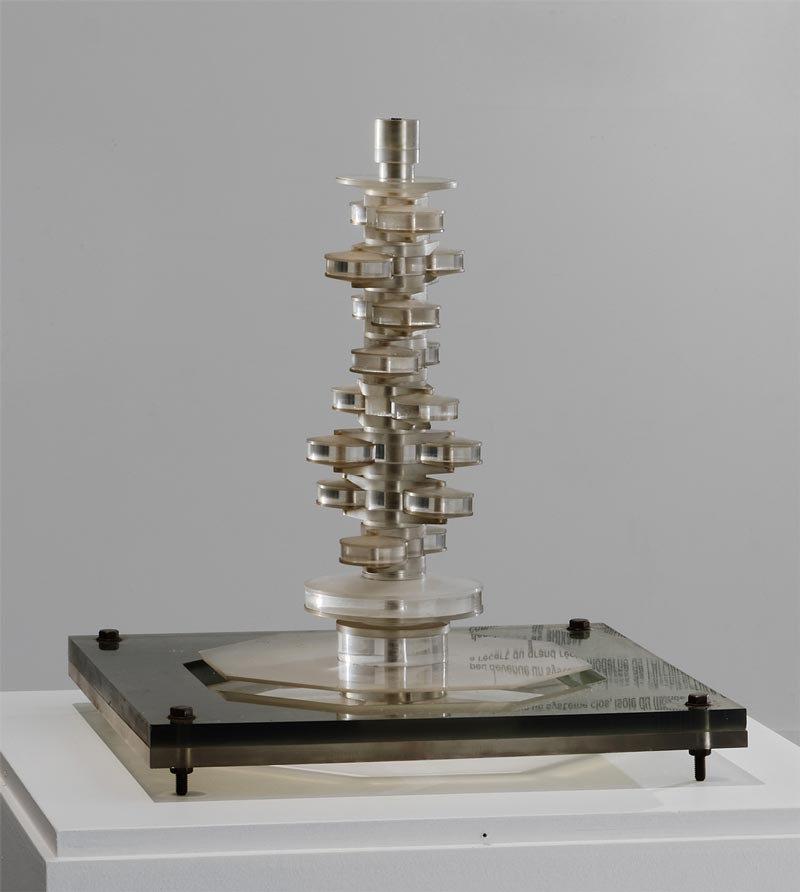