Since 2003, the agency amid.cero9 has developed work located at the crossroads of design and biotechnologies. It uses digital simulation software to reflect on a new form of pop architecture. Nocturnalia is a city imagined by amid.cero9 for the first project made in the space CAMPO (Rome) in 2015. The collective decided to reinterpret this project in the form of a flag, creating an abstract map of the imaginary city. Nocturnalia is a city where rest is translated as the last form of resistance, freedom, and collective existence. Productivity and connectivity govern the privacy of its residents and threaten to contaminate community life. Globalization and the resulting uniformity have eradicated households, homes and domestic spaces. Every night, the inhabitants wonder around the city meeting at the baptistery and sleeping communally. Sleeping in public no longer becomes a symptom of poverty, sickness, or social exclusion but instead a collective ritual, the only one that subsists and lays witness to real life. Sleep time is the last temporality to escape our globalized exploitation while still respecting our biological rhythm. This ultimate rest is opposed to the frenzy of markets and big data and imposes itself as a vital necessity. 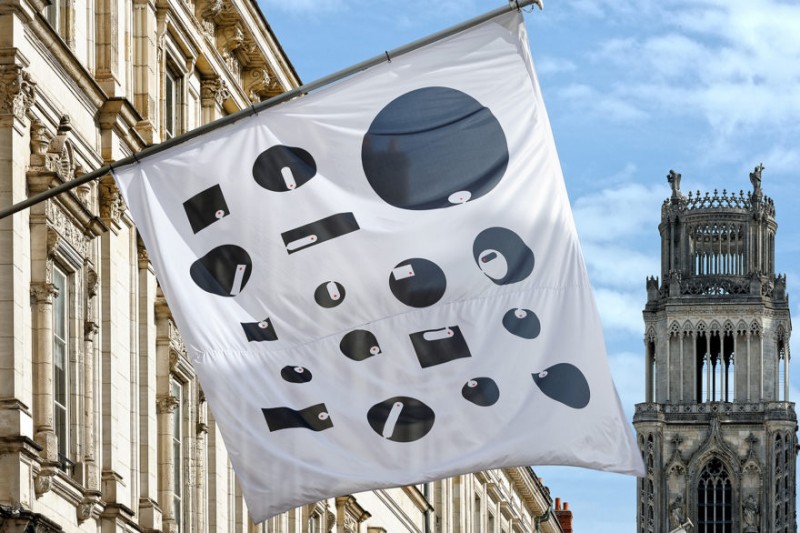