Artist and architect associated with the “paper architecture” movement that opposed the standardized building in Russia, Alexander Brodsky moved to New York in the 1990s before opening his studio in Moscow. This installation composed of panels of raw clay and this series of engravings and silkscreens borrow from various sources: romantic landscape, genre art and 3D archaeological surveys. Somewhere between formal research on geometric perspective and funny anecdote, Brodsky takes a critical look at modernity in the state of ruin. The materials used reflect the promises on which our cities are based, and their architectural fragility. On the verge of disappearing, the monument, inspired by the coffered vault and central oculus of Rome’s Pantheon, is reduced to the status of sign that literally takes on water. These desolate spaces are as much places of reflection as a philosophical meditation on the end of utopias. They arouse critical affiliations and reason by evoking the theme of the end of history. 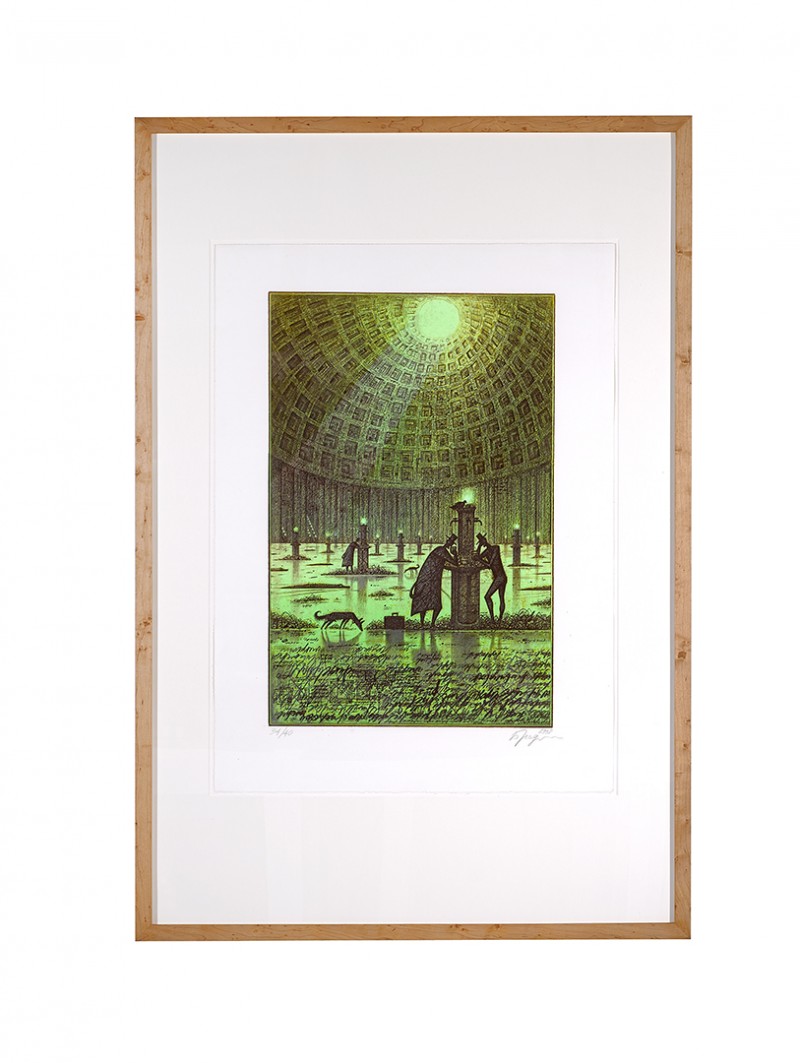